March 2017 saw the announcement by the Bangalore International Airport Limited (BIAL) that the Kempegowda International Airport has been awarded the “Best Regional Airport in India and Central Asia” by SKYTRAX. The SKYTRAX World Airport Award is the largest passenger satisfaction assessment and the most prestigious among all the surveys measuring excellence and quality of airports. In just a short span, Bengaluru international airport has already become the busiest airport in South India and the third largest in the country. It caters to over 22 million passengers annually and is growing at 22.5% year-on-year.
The airport is not the only thing that has happened to this growing suburb of Devanahalli - but everything else has certainly been fueled by it. The availability of large land parcels in this area has quite rapidly transformed the area around the airport into one of Bengaluru’s most vibrant micro-markets for living. Along with the airport, The Golden Quadrilateral Project also led to the upgradation of the NH-7 to Hyderabad. The area of Devanahalli has also seen the impact of the Aerotropolis phenomenon – the airport city.
An aerotropolis is used to define a metropolis built around an airport. There are many great examples of airports stirring growth and development in adjoining areas such as Singapore’s Changi airport and Germany’s Frankfurt. BIAL also has ambitious plans to add more charm and business to the already popular city of Bengaluru. There are numerous studies that prove the positive impact of Aerotropolis, and the growth and development it brings to adjoining areas.
The case for Devanahalli becomes even more exciting. An Aerospace is being planned near the Kempegowda International Airport. The total land acquired by the State Government for this purpose is around 725 acres and the allotted area is around 503 acres. This land has already been allotted to 48 companies, including 100 acres to HAL. This area will include aviation MRO related activities along with 250 acres of an export-oriented aerospace SEZ. The total area for Aerospace, SEZ and Hardware park will be around 3,000 acres and will house MNCs like Boeing and Airbus among others. StarragHeckert and Wipro have already started operations in the Aerospace and Hardware Park.
The government has also undertaken several initiatives to also turn the Airport City into a hub for medical tourism. The potential for the areas around the airport turning into highly developed zones for residential and business purposes is high. A report submitted by Vestian Global Workplace Services suggested Bengaluru as the next successful Aerotropolis. The Karnataka Government has further identified up to 10,000 acres of land in the Devanahalli Taluk for setting up of an IT Investment Region.
Developments thanks to the Kempegowda International Airport:
With so many fast and ambitious development projects being proposed and being executed post the opening of BIAL, the likelihood of Devanahalli becoming the future central hub of Bengaluru is high. Only time shall reveal the real picture and it sure has many waiting to witness what the future holds for Devanahalli in terms of investment.
Brigade has visualized the emergence of Devanahalli as a major growth corridor in northern Bangalore. Brigade Orchards – a smart township project aims to provide a luxurious, green and pollution-free, self-sufficient environment to its residents, ensuring that all their needs are met within the neighbourhood itself and they need not travel far to reach their workplace either. The development is located just 10 minutes away from BIAL.
#Devanahalli #North of Bangalore #Smart Township #Integrated Enclave #Security #Investment #Walk to work #Walk to school #Sustainable #Villas, apartments and senior living #Comfortable living #Brigade Orchards #Community #Aerotropolis 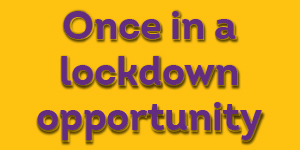